Writing is so important to me. And I often have blog posts that I want to write, that I end up never writing because I either don’t feel I have the time to focus on it, or I have so much to say I don’t know how to get it all out there.

So I’ve decided to try and write something each day. And not something preachy or intended to be click-bait or necessarily relevant to everyone. Just something from my own heart. Written down. Recorded.

So today, I start this. I assume some posts will be very short. Maybe only a few words. Some days, I’m guessing it could go a few thousand words.

Last night I went on Taco Ride with my friend Jeff. It’s a 20 mile ride in Iowa that he and I do every week along with probably a hundred others (at least). You bike 10 miles on a nice limestone bike path until you get to a small little town called Mineola where there’s a little restaurant that serves tacos, nachos, fried cheese curds, and some great margaritas.

It was our eighth ride of the summer. It was a hot one. When we started the heat index was 108 degrees. But it was worth it.

I always like Taco Ride because it’s a time when we can get away from campus for a while. Talk through work related things as well as just life in general. It’s my favorite time of the week. Hands down. And I’m very thankful for the friendship that I’ve built with my friend Jeff.

After Taco Ride last night we stopped at a donut shop in Omaha that stays open late into the night. Jeff is a total sucker for donuts and other sorts of sweets. And it’s fun to grab food from these little sorts of hidden gems in cities like Omaha or Lincoln.

I’ve been watching a lot of really good storytelling recently. I have so many things I wish I had time to parse out. But the overwhelming amount of things I want to write about has kept me from writing anything, which just seems silly.

I am always trying to watch TV shows with great storytelling or acting. I love a well-told story. It is one of the motivating elements in my life because I find meaning and inspiration from well-told stories.

I recently just finished watching the second season of Handmaid’s Tale.
I watched the Netflix movie Come Sunday that was promoted by and I want to say made possible because of Ira Glass. I’ve seen it twice now.
I am still working my way through the third season of The Path.

I saw the movie Won’t You Be My Neighbor almost two weeks ago.
This morning I went to a morning showing of Sorry to Bother You.

A while back I finished Atlanta and Homeland.
I have watched a bunch of other shows too.

There are so many posts I want to write in relation to these shows and movies. But there’s some quality writing and storytelling in the shows and movies I just mentioned. But there are definitely themes that overlap between them all. And they tug at the deepest levels of my psyche and even identity.

There’s no doubt I’ll at least come back to writing about Handmaid’s Tale and Come Sunday.

Ok. Time to get a bit real. I think this is the sort of writing that I anticipate writing more often, so thanks for following along with me and my life if you’ve made it this far. I really appreciate the time you’ve taken to read my words.

Today we had a day off of work. We did yesterday, too, which is rare. But we have two assistants working with us right now, which is extremely rare, and so we took a vacation day.

Micah is on a special diet right now. It’s supposedly called a “modified Atkins diet” but it is a keto diet. He started off not eating more than 10 grams of carbs a day. As of this past Monday he got bumped up to 15 grams. He’ll eventually make it to 30 grams. And we’ll see what kind of impact it has on his cognitive abilities.

But this diet definitely is stressing me out. Micah almost constantly says he’s hungry. And although he has done a phenomenal job of not sneaking foods he can’t eat, he hasn’t done the best job at being consistent with the foods he is able to eat. Sometimes he likes them, and sometimes he says he doesn’t like them anymore. And it feels like everyday is a constant battle for making sure he gets enough calories while also not eating any carbs.

Going out to eat with him was hard enough before this. But now it feels like it’s not even worth it. What can he eat? Will he eat something he can eat on his diet? Will he throw an epic tantrum?

Who knows?
Not me.

And it makes me irritable. I get annoyed easily by the whole thing. Probably because I don’t really believe it’s going to do anything. We’re putting ourselves through hell for no real reason other than some distant hope that this diet will change the chemistry of his blood and therefore brain in such a way that he will be better behaved and be able to what, be smarter?

They are doing research with rats with this sort of diet now. But I don’t know. It seems like a long shot. Even the geneticist was saying this stuff is above her understanding. She doesn’t keep up with the studies. That doesn’t give me much hope.

But today we went downtown in Omaha. Sarah could tell I was stressed out about it and offered a suggestion that she could take Micah someplace and I could take Ezra. And that really did lift my attitude. So that’s what we did. I took Ezra to a pizza place, and Sarah took Micah to a creole place, where apparently he ate and ate and ate lots of shrimp.

I’m sure I’ll get into some of my feelings about the difference of parenting Ezra versus Micah. But not today.

For memory’s sake I’ll quickly write about what we did this evening.

We stopped at one of Omaha’s few sausage shops to look for good sausage or meat sticks for Micah. It’s one of the things that he really likes, and well, our whole little family does. It’s the third sausage shop in Omaha that I’ve been to with Micah in the last week or so.

We miss the sausage shop we lived next to in Chicago.

I had dinner with Ezra at Zios. He was so well behaved. He loved his time with me. He was quiet and thoughtful. We talked about various details of his day. We did a word search that was from his kids meal. He had a big piece of cheese pizza and I got a cheese calzone.

Afterwards we went to Ted and Wally’s a local ice cream shop and got ice cream together. While I was there I noticed they served Keto ice cream, too. So Micah could have some ice cream after all. And he eventually did! (Coffee flavored of all things!)

Ezra and I went to our favorite place in Omaha, Hollywood Candy. He got a light up candy. I got an old fashioned ginger ale.

After Sarah put the boys to bed tonight I took a short nap on the couch because I was so tired. She started watching Come Sunday because it was a movie I knew she would find thought-provoking and interesting. I came in when she was about halfway through, and I watched it with her.

That led to a long discussion about heaven, hell, the Bible, Jesus, religion, etc.

We talked about our world today. Evangelicals. Religion in general. Trump. Etc.

And then after about an hour we knew it was probably time for bed. So she went to sleep and my mind was still racing. So I knew that it was time to finally start writing something down on this blog in a way that I know I will keep up with.

Images from the day: 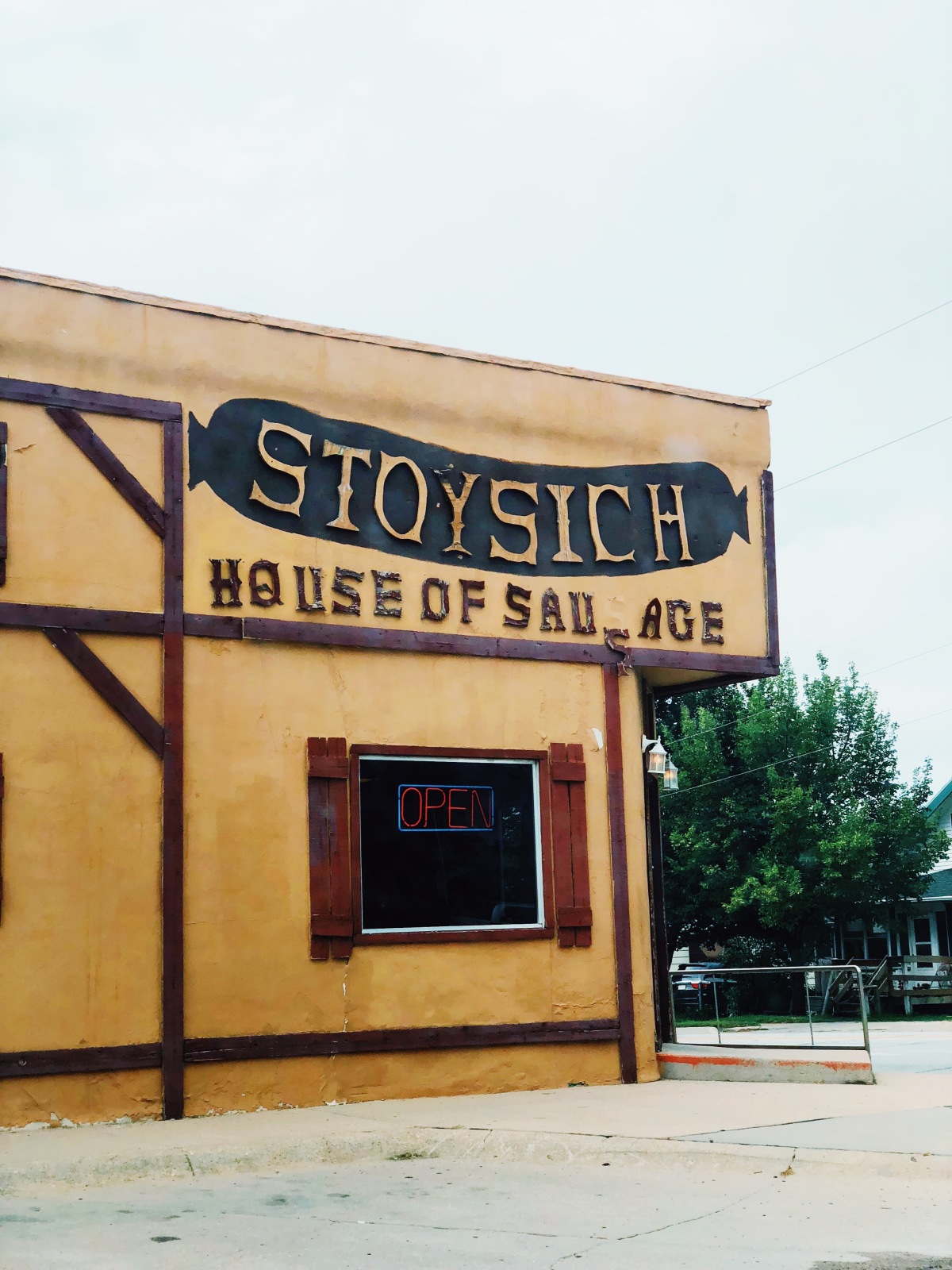 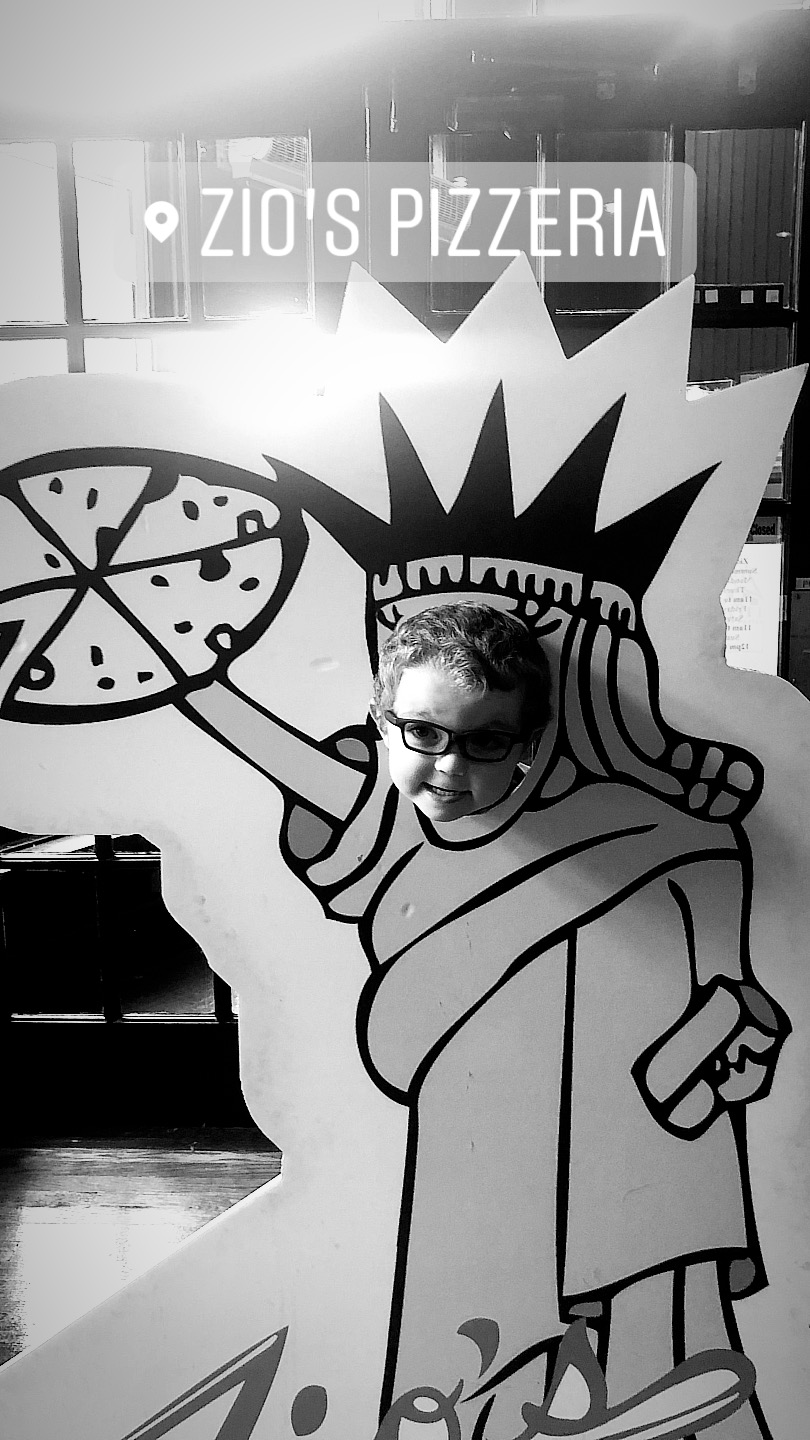 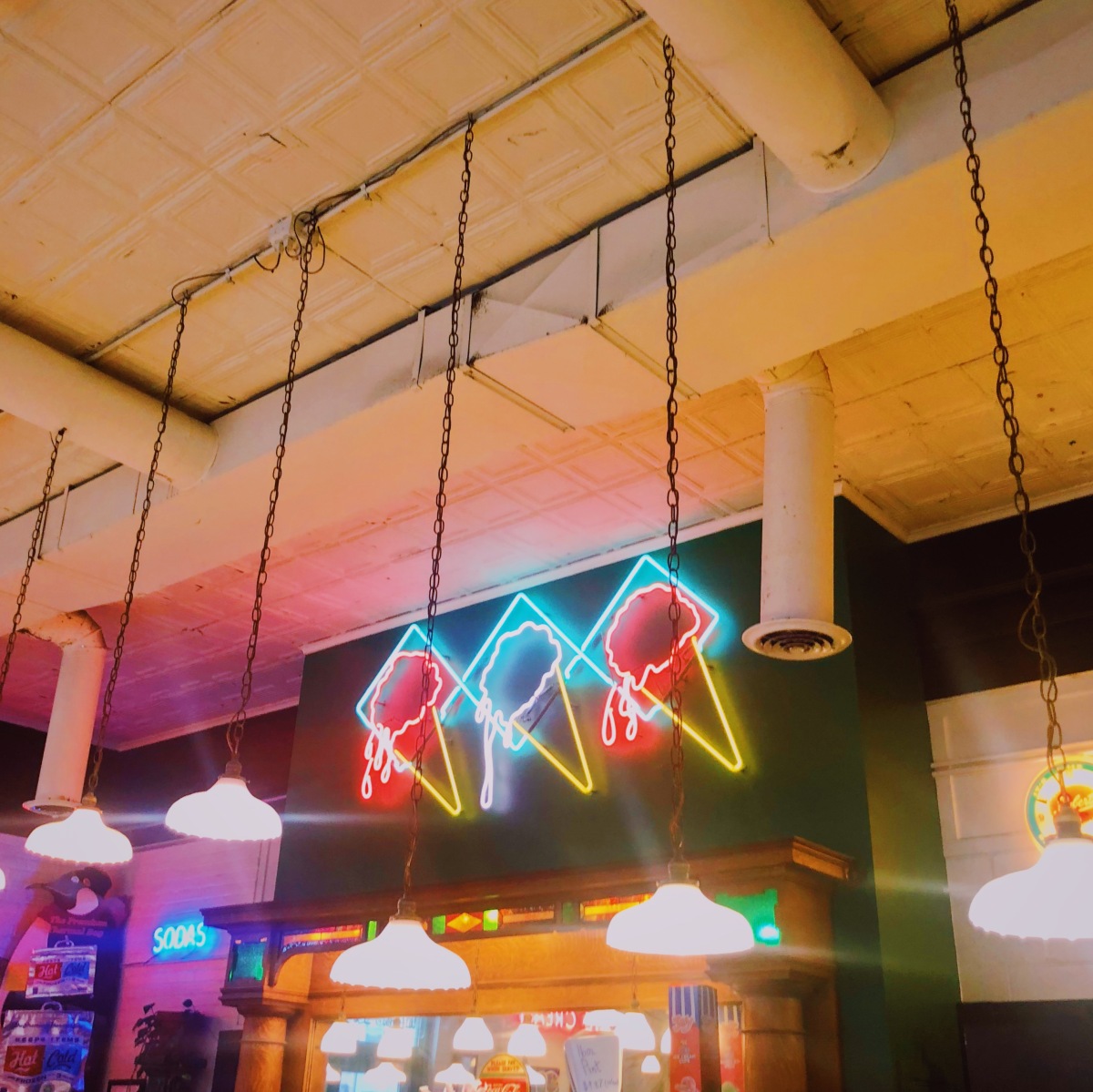 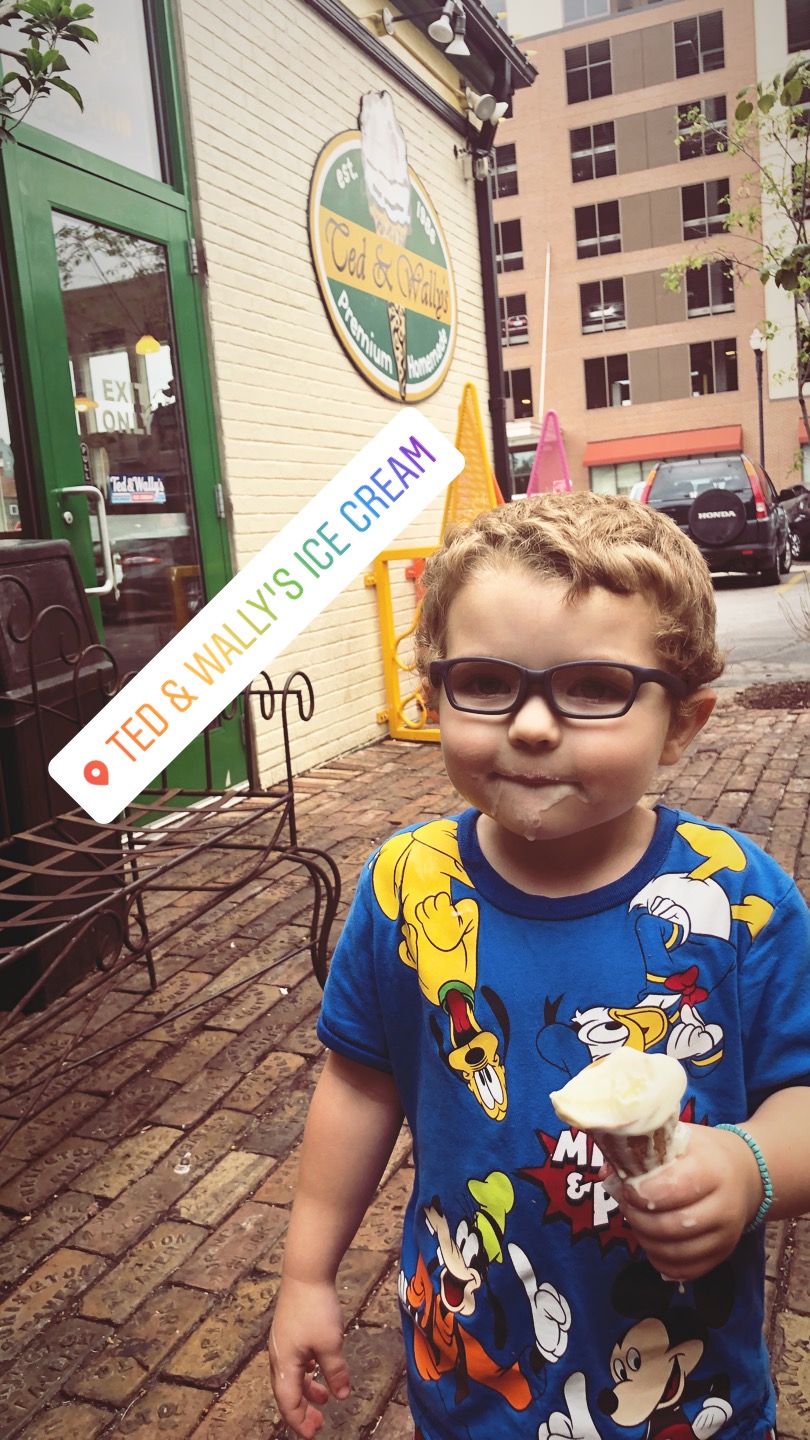 One thought on “The Next Step”